How To Present A Self-Defense Argument

For folks presenting self-defense arguments, the events must line up with a legally acceptable version of self-defense. Did you antagonize the other party verbally or physically? Did they present an imminent threat to you or a nearby person? Once you used force, did you use the minimum amount required to get the situation under control?

Courts provide a fair amount of leeway for honest efforts to protect yourself and others, but there is always a point where violence ceases to be self-defense. If you repeatedly punched the person after they were stumbling and unable to fight back, for example, it's a lot more difficult to plead self-defense.

Limit Your Discussions with Police

Particularly when you feel your actions were taken in self-defense, it can be tempting to plead your case with the cops. You have the right to have a criminal defense lawyer present before you answer any questions, and you should exercise it. Wait for your attorney to arrive before you discuss the case with the police.

Making an Argument at Arraignment

Presuming the cops filed charges after the incident in question, you will eventually go to an initial hearing. This will be your first chance to plead your case to a judge. A criminal defense attorney can raise questions about how the incident unfolded and why the police charged you. It's normal for a criminal defense lawyer to move for the court to dismiss the charges at this time.

If the case goes forward, you'll still have a few options to work with. First, you'll have a chance to conduct discovery. This is a process where you can demand the production of evidence the prosecution has, such as surveillance videos from near the scene. If the evidence damages the prosecution's case, your criminal defense attorney will once again move for dismissal of the charges.

Secondly, you might consider a plea bargain. It's not uncommon for a prosecutor to accept a guilty plea involving a lesser charge. For example, assault and battery might be bargained down to disorderly conduct.

Finally, you can take the case to trial. Jurors might be receptive to your arguments once your criminal defense lawyer has been explained what happened. 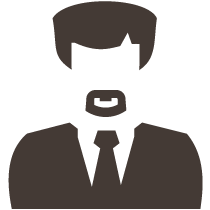 A couple of years ago, an imprisoned childhood acquaintance of mine was accused of murdering an inmate. Before the trial, the prosecutor gathered a mountain of condemning evidence against this individual. Because my acquaintance’s criminal attorney expected a jury to convict his client, this lawyer negotiated a plea deal with the prosecutor. This knowledgeable attorney then strongly advised my acquaintance to accept the plea deal. The plea deal would have allowed the defendant to be eligible for parole in 25 years. If a jury convicted my acquaintance of his accused crime, he would have served a life sentence without the chance of parole. On this blog, I hope you will discover how criminal attorneys negotiate plea deals with prosecutors.